Posted by Thehooded_poet on April 26, 2018
CAN YOU ANSWER THESE FOUR  TOUGH FBI SECRET AGENT QUESTIONS 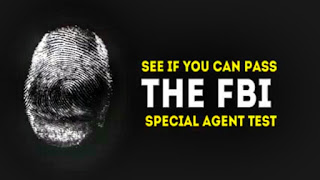 hello guys...Hope your day is/was Nice.One thing about ShareMe empire is that we keep your brain on fire till you get amazed at how much you know already. In your free time you can take a tour through our mystery file:- Symbols and their Origin, Mystery of the RMS TITANIC, Psychology tricks that can hack anyone's brain and so much more.
Hope you enjoyed our Last week's topic(optical illusions that can reveal your character)...and these week we have a new one that will make you surprised, happy and at the end you can use it to earn bragging rights around your friends.
BEFORE WE START,WE WANT TO SAY THANK YOU FOR READING... WE JUST CLOCKED 10000+ VISITORS..

FBI is a top security agency and when recruiting they usually go for the best and highly intellectual individuals. So we have some four  questions for you with their answers too...feel free to answer and comment how many you got in your first try without peeking.. YOU MIGHT WIN BIG...from us

A Serial killer,named Killmonger was famous for killing his victims by poisoning. The Victim was made to stand across a table and pick one out of rwo pills. The serial killer also picked the remaining pill.The Victim then preceded to swallow the pill with a glass of water and the next moment they fall and die quickly.The question is..HOW IS IT THAT THE KILLER NEVER PICKED THE POISONED PILL..DOES HE USE JAZZ, OR VOODOO OR WHAT!

the pills were not poisoned but the poison was added to the glass of water that was tge victim used to take the pills,..smart killer huh

A man and his ex girlfriend went to a cafe.The ex girlfriend ordered for five cups of Lemonade with some ice cubes in each one.Once the Waiter arrived,she quickly drank four lemonades. A moment later,The man drank his own and died instantly.The police arrived,arrested the waiter,the girl and Took the five cups to their laboratory for a forensic test, after their test they discovered that the cups were not poisoned... SO WHAT REALLY KILLED THE MAN

the man died because the poison was in the ice block and not in the drink.The Ex drank her own quickly and by then the ice has not melted but he waited a bit and that caused his death. 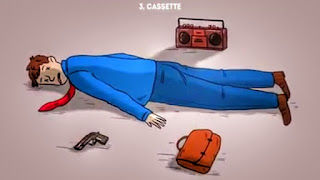 A man was found dead in his house,A bullet hole in his head and a gun in his hand.Beside him was a Cassette player. Detective kenny walked in and walked straight to the Cassette player and pressed the play button, then he heard this..

"I am tired of life, I am sick of living, its time to end my troubles..." then he heard a gunshot. SO,WAS IT A MURDER OR WAS IT SUICIDE


ANSWER...
ITS A MURDER...detective Kenny discovered it was a murder because if it was suicide, The message will have to be rewind before you can hear it from the beginning. The murderer actually rewind the forged message but kenny was smarter than that. 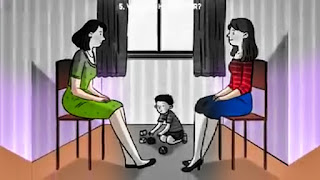 king Solomon, rhe wisest king of all times once settled a case between two mothers in a way that shook the whole world. Now can you solve this case.. look at the picture closely, can you point at the mother of the child.... 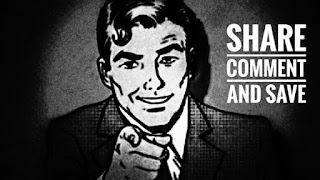 so that's it,I know you killed it.So what was yout hardest question. (comment for a follow back on G+, Feel free to share this post and also tell a friend to see how smart your friends are... 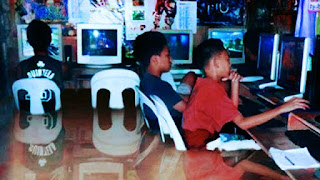